The ambitious Agenda for Sustainable Development and Education 2030 requires countries to report more and better quality data to track progress and inform policymaking on education and learning. But how will this broad data agenda be met? 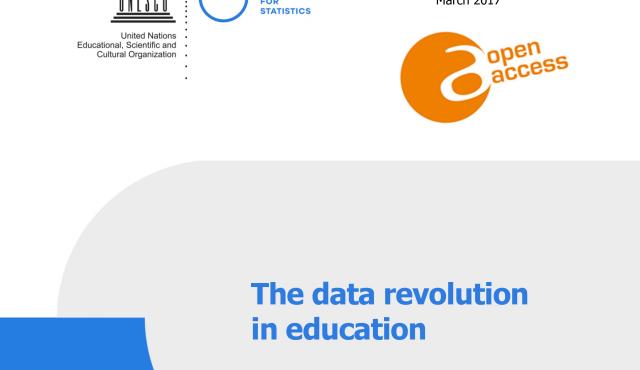 As the Inter-agency and Expert Group Sustainable Development Goal indicators (IAEG–SDG) meets in Ottawa from 28-31 March, the UIS has released a paper that calls for a data revolution in education built on the foundation of national statistical systems and supported by a global compact for monitoring the global education goal, SDG 4.

The Data Revolution in Education, produced by the UIS as a background paper for the Education Commission, includes a set of recommendations for producing and disseminating high-quality education statistics for planning and monitoring progress toward education targets.

The report calls for changes across three broad areas that address both the supply and demand sides of national education information systems.

Data production: The new education goal calls for data that countries may not be collecting on a regular basis or according to international standards. The UIS report recommends that governments make a greater effort to integrate these norms and standards; agree on standards for collecting data for new areas of concern, such as learning outcomes; and tap into a broader range of data sources such as household surveys and citizen-led initiatives.

Data use and dissemination: Finally, the report recommends that governments and international organizations strengthen mechanisms for data dissemination and use. For example, adopting “open data” practices could improve the flow and end use of data and information.

The UIS report acknowledges that such an ambitious vision for improving education data will take time and will require support for countries from international organizations such as the UIS, which has the mandate and experience to define standards and tools needed to produce and disseminate internationally-comparable data.

The report recommends that a global monitoring compact for the education SDG guide the process, with the help of new global governance mechanisms, such as the Technical Cooperation Group on the Indicators for SDG4‐Education 2030 (TCG). Such initiatives can provide technical support, foster coordination, support the production of data as a global public good, and drive the change needed to realise the Education 2030 agenda.

The Data Revolution in Education