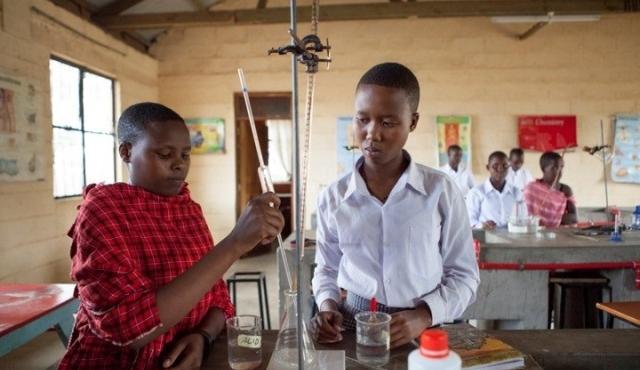 International Women’s Day on 8 March is a time to celebrate achievements in advancing gender equality. It’s also a day to push for more progress, and this year’s theme “think equal, build smart, innovate for change” suggests that real change requires a new approach. We need innovative solutions to reach the remaining out-of-school girls and to ensure that all children finish school with the skills to thrive in today’s modern, global economy.

International Women’s Day is particularly meaningful for the 60 million girls Foundation. It’s our mission to support children facing the greatest barriers to a quality education – especially girls. This is even reflected in our name. In 2006 – the year of our founding – 60 million primary school-age girls were out of school. Since then, progress has almost halved that number, but when adolescents and teens are included, the fact remains that a shocking 130 million girls still do not have the chance to get an education.

We have looked at ways to improve the quality of learning for children who are in school, and to help children catch up if they are behind or out of school altogether. To maximise our impact we look to the data to tell us where these girls live and to highlight some of the barriers they face. While the data can’t tell us everything – for example, we still don’t know how many hours of household chores girls do compared to boys – they can help us decide where to allocate the resources our donors entrust to us.

Using the World Inequality Database on Education (WIDE) produced by the UNESCO Institute for Statistics (UIS) and the Global Education Monitoring (GEM) Report, we examined the indicators and parsed them by gender, location and wealth to see where girls stand.

Here’s what we found: the gains in girls’ education are impressive, and while their access to school is still not equal to boys across all countries, we are definitely getting closer. Even in sub-Saharan Africa – the region with the highest out-of-school rates – the gender divide at the primary school level is relatively small with 29% of primary-aged girls missing out on an education, compared to 27% of boys.

But for children who are over-age for their grade level, girls remain at a disadvantage. Over-age primary school attendance – measured as two or more years over the normal age – is more common among boys than girls in all developing country regions.

In other words, over-age girls whose education has been disrupted by conflict or early marriage, or who started school late to begin with, are more likely to drop out.

So in line with our mission to reach the most vulnerable children, many of our projects over the years have focused on children in sub-Saharan Africa.

For example, we last year we funded catch-up programmes in Liberia and in Tanzania’s Nduta refugee camp, to help these girls get back on track. 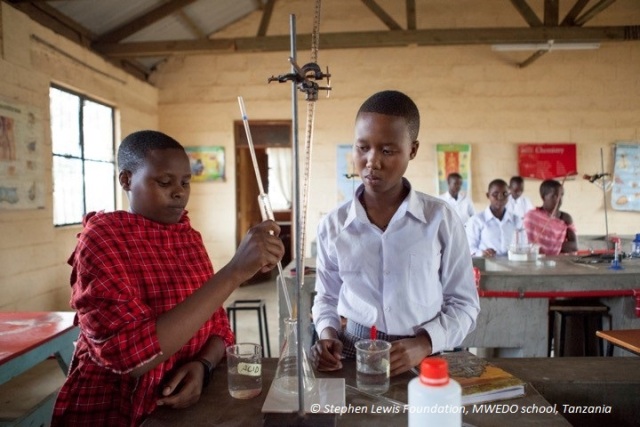 Of course, aggregated regional data does not tell the whole story. And neither does the gender angle because even though older girls remain out-of-school at higher rates in sub-Saharan Africa, it’s clear that the boys here are missing out as well. Further, while fewer boys finish lower secondary school than girls in Latin America and the Caribbean, in the more remote areas – for example, in the indigenous Maya Mam communities in Guatemala where we funded a project last year – girls continue to face high barriers.

There is, however, another factor at play: poverty. So rather than focusing on gender alone, we continued our dive into the WIDE data taking a closer look at poverty and its relationship to educational attainment.

Poverty is the greatest barrier to education

What became abundantly clear is that poverty and living in a rural area are more consistent predictors than gender of who stays in school (or goes at all) and who drops out. This didn’t surprise us, but the WIDE data illustrate the depth of poverty’s impact on education. In sub-Saharan Africa, just 13% of children from the poorest families complete lower secondary school compared to 66% for the wealthiest. In Latin America and the Caribbean there is also a large education gap with 65% of the poorest children completing lower secondary compared to 95% of the wealthiest.

We know that education can boost families out of poverty. This is especially true for girls. In addition to other benefits of educating girls and women – such as improved health, better nutrition and higher rates of childhood vaccination – World Bank research shows that each additional year of a quality education, with real learning, can increase future income by 14% for girls and 11% for boys.

The 60 million girls Foundation works in poor, rural areas of the developing world to support children’s efforts to learn. One of the ways we do this is through our innovative Mobile Learning Lab that provides children with educational materials offline and at a low cost. In addition to academic skills, this tool can build children’s intrinsic motivation, curiosity and desire to learn.

This International Women’s Day, it’s our hope that finding new ways to improve the quality of education can lead to more gender equality while helping all children gain the skills they need to get ahead and break out of poverty.