By Friedrich Huebler, Head of Education Standards and Methodology at the UNESCO Institute for Statistics, and Kevin McGee, Economist in the Development Data Group at the World Bank. 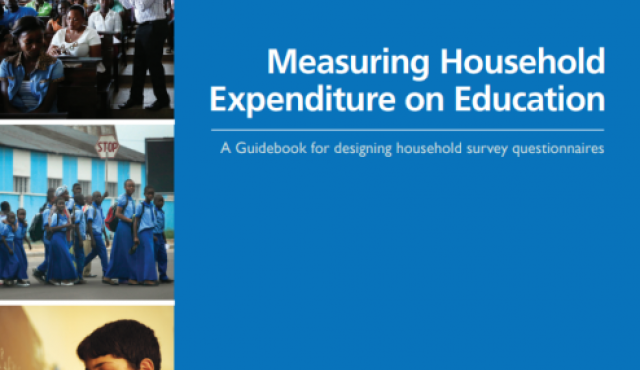 A new guidebook published by the World Bank and the UNESCO Institute for Statistics (UIS) casts light on how to measure the heavy burden of education spending that falls on the world’s families. Measuring Household Expenditure on Education: A Guidebook for Designing Household Survey Questionnaires will help countries report on SDG 4 Indicator 4.5.4: education expenditure per student by level of education and source of funding. The guidebook also aims to ensure proper representation of education expenditure in consumption-based poverty and inequality measures, and enable more micro-econometric research on resource allocation in households.

The burden of education spending by families

We already know that the burden on families can be heavy. UIS data released in 2017 found that families in low-income countries pay more for their children’s education: households in many developing countries spend a far greater share of average GDP per capita on education than those in developed countries. Household spending on secondary education amounts to 20% to 25% of average GDP per person in Benin, Chad, Côte d’Ivoire, Guinea and Niger, and more than 30% in Togo. In stark contrast, the share does not exceed 5% in almost all high-income countries.

The data also reveal that families – including the poorest – are providing much of the world’s education spending. For example, households provide about one-quarter of education expenditure in Viet Nam, one-third in Côte d’Ivoire, one-half in Nepal and more than one-half in Uganda.

While this demonstrates the commitment of families to the education of their children, it also raises concerns about progress towards SDG 4, given the commitment to free primary and secondary education for all and its emphasis on equity. If financial pressures on families mean that children do not start school or drop out before completing their education, their prospects are permanently undermined, as are the chances of achieving the world’s education goals.

The guidebook provides advice on the design and implementation of modules on education expenditure that can be included in household surveys in order to collect high-quality data on how much families are spending.

It represents a key contribution by the UIS and the World Bank to the work of the UN Task force on standards for education spending estimates based on household survey data, which is developing ways to achieve consistent, reliable and comparable data on this issue. 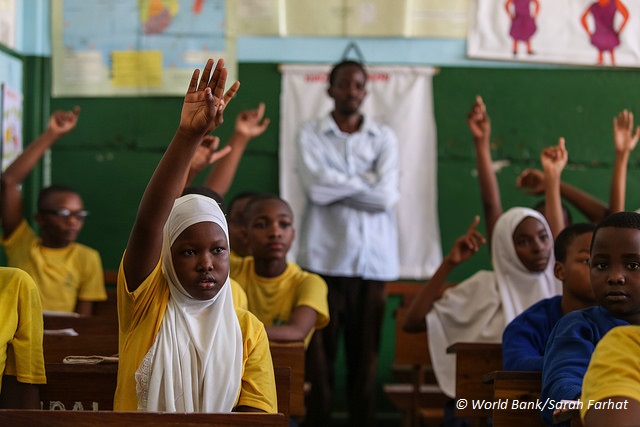 The UIS already collects data on expenditure on all levels of education by source of funding through its annual through its annual Survey of Formal Education. However, the coverage is limited, as few countries can provide the requested data. For countries that do provide information on household financing, there are concerns about the sources of such information, completeness and reliability.

As the guidebook shows, these data gaps could be filled with information from a range of household surveys that already gather some data on education spending, including Living Standards Measurement Studies (LSMS), Household Budget Surveys (HBS), Multiple Indicator Cluster Surveys (MICS), Demographic and Health Surveys (DHS) and others. However, these are currently tailored to meet national data needs and rarely collect enough information to monitor education expenditure. Different methodologies also make it difficult to draw comparisons over time and across countries.

The guidebook makes the case for international guidelines on the design of one consistent module on education expenditure to be included in household surveys at the national level.

What should be measured?

The first decision concerns the elements of expenditure that should be captured by such surveys. At a minimum, all expenditures on formal education by individual members of the household should be recorded at a disaggregated level. The guidebook also recommends that surveys obtain individual information for each of the items listed for each household member, because the results tend to be more accurate if respondents are asked about the items individually. It is also important to separate the money that families give directly to schools from the other money they spend to ensure that their children can go to school, such as transport, uniforms and so on.

The second set of decisions focus on the level of reporting and the age range of respondents. Again, the guidebook recommends data collection at the individual level for greater accuracy and to link expenditures to other individual-level characteristics (sex, age, grade attended, etc.) to enhance the analytical possibilities. Therefore, all members of a household should be asked whether they attended school in the reference school year and additional details should only be collected if they attended.

And third, decisions are needed on the recall (or reference) period, i.e. the timeframe the respondent is asked to recall and report. It must be long enough to allow estimates of spending over a certain period (typically a year) and to capture how often money is spent, so that it is possible to calculate not only annual spending but also the moments during the school year when families must dig into their pockets to keep their children’s education going.

A tool for statisticians and policymakers

The guidebook provides a standardised set of guidelines to foster the harmonisation of data on education spending in future household surveys and to ensure that the data collected are more easily comparable across surveys and across countries, while being both comprehensive and responsive to specific national priorities. It is designed to provide guidance to national statistical offices and any other agencies or institutions implementing national surveys that monitor multiple dimensions of well-being or education, specifically. What’s more, it stresses the critical importance of information on expenditure for assessing the direct cost of education to households and its influence on their wider well-being. Such an assessment is valuable for policymakers who need sound evidence – and a more complete picture – to make vital decisions on education financing.