The UNESCO Institute for Statistics (UIS) is pleased to announce the release of a new database of internationally-comparable cultural employment statistics. The collection includes 195 indicators offering a new perspective on the economic contribution of cultural industries in 63 countries and territories.

The UIS Data Centre has been updated to include the results of the new UIS Survey on Cultural Employment, conducted in 2015, featuring data for the reference year 2014.

The data include information about the social and economic characteristics of persons working in the culture sector or holding a cultural occupation, including data on the distribution of cultural employment disaggregated by sex.

These indicators will help formulate evidence-based cultural policies and feed into efforts to meet Sustainable Development Goal 8 (SDG 8), which calls for full and productive employment for all women and men by 2030, decent work and equal pay.

According to the data, cultural occupations can make up 1% to 11% of all employment in a country. 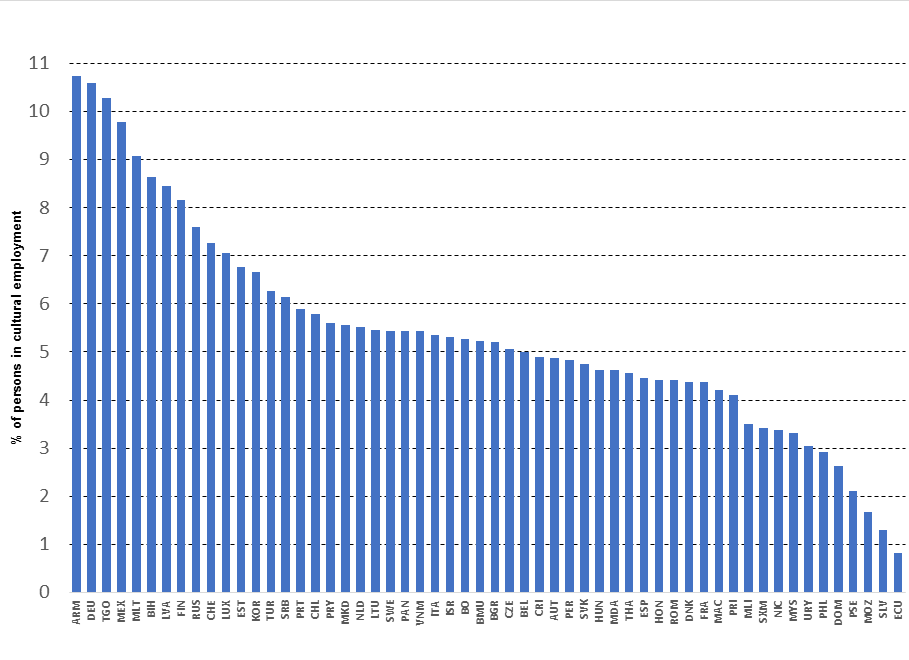 These data also shed light on the profile of persons employed in cultural occupations, including their level of education, which tends to be higher than in other sectors of the workforce.

Figure 2: Percentage of persons with tertiary education by type of occupation 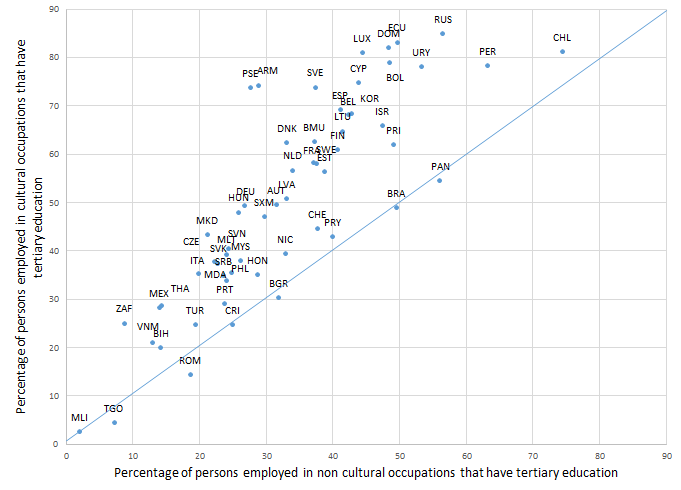 The UIS cultural employment survey was carried out for the first time in 2015 and will be repeated on an annual basis. The next update is scheduled for December 2016 and will include supplementary metadata.