Putting Culture Front and Centre: Time for a New Approach

By Silvia Montoya, Director of the UNESCO Institute for Statistics 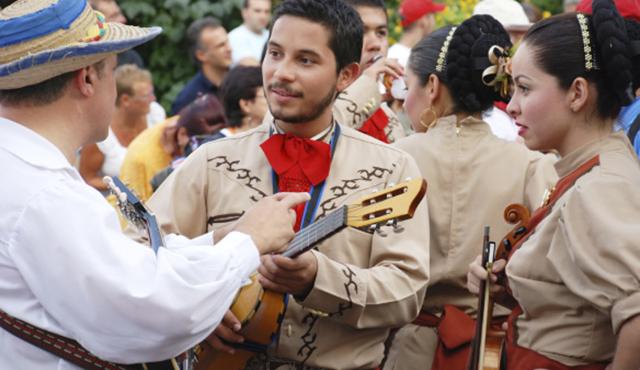 Culture is who we are. Whether we are from Alaska or Johannesburg, from the smallest rural hamlet or one of the world’s megacities, our culture has been the building block of our identity, our sense of belonging and the social and economic cohesion of our communities. It has moulded our attitudes to our families and friends, our jobs, our state of mind and our overall wellbeing.

Policymakers who neglect culture undermine their own aims, for culture determines the viability of development action. It either provides the dynamic conditions necessary for truly sustainable development or, if ignored, dooms development efforts to failure.

Its importance has now been captured – and not before time – in the 2030 Agenda for Sustainable Development and its Sustainable Development Goals (SDGs); specifically SDG 11, which aims to make every human settlement inclusive, safe, resilient and sustainable, and Target 11.4: strengthen efforts to protect and safeguard the world’s cultural and natural heritage. There are scattered references to culture across other goals and targets, including education, that instils respect for cultural diversity and culture’s contribution to sustainable development (Target 4.7) and policies to promote sustainable tourism that, in turn, promotes local culture and products.

Don’t confuse culture with a hobby

This represents a major departure from the era of the Millennium Development Goals, which made little or no reference to culture, and may come as a surprise to those who view culture as a ‘hobby’ to be considered if time and resources allow. It is a welcome shift from outdated views of culture as a barrier to be overcome, with the very word often sparking negative and stereotyped images of harmful, retrograde traditions. And it is a recognition of the importance of culture in creating jobs, revenues and wealth.

What’s more, it means that the global development agenda includes, for the first time, a measurement indicator on culture – an indicator that will help to close some key knowledge gaps. There have been global cultural data, studies and impact reports for years: the UNESCO survey on cinema, for example, was first launched more than 60 years ago, in 1955! More recently, the UNESCO Institute for Statistics (UIS) compiled the 2009 UNESCO Framework for Cultural Statistics and carried out studies on, for example, the economic contribution of cultural industries, the measurement of cultural participation, festival statistics and many more. What we have been missing, until now, are the indicators needed to measure the precise linkages between culture and development. This measurement will not be easy: to know that culture matters is one thing but to measure its impact on communities is quite another. However, the task is essential, given the importance of that impact for human development.

The links between culture and development

It requires a broad view of the measurement of the links between culture and development progress. For example, tourism is so often credited with making an immense contribution to national economic development. But what is it that draws tourists – and their money – to a particular destination? Very often, it is a unique heritage, as can be seen so clearly in the case of UNESCO’s World Heritage Sites, which attract visitors in their millions worldwide. This reinforces the critical need to preserve and protect the rich cultural resources that underpin so much local employment and national economic wellbeing.

Second, we need a broad view of who funds this preservation and protection. We know that this varies enormously from one country to another. In France, for example, public funding dominates. In the United States, it’s mostly private. The contribution of the private sector, in particular, has yet to be measured in any detail.

One key step will be the UIS-convened Meeting of the UIS Expert Group on Heritage Statistics, which is meeting today in Paris to pin down the first ever heritage indicators.

What can be measured and what will that take?

So, what could be measured? It is possible to measure the total expenditure (public and private) per capita dedicated to the preservation, protection and conservation of all cultural and/or natural heritage over time. This indicator would allow insight into whether or not countries are strengthening their efforts to safeguard their cultural and natural heritage, and pinpoint areas that need more policy attention. It would show us how financial efforts by public authorities to protect and safeguard the world’s cultural and natural heritage, both at the local, national and international levels, alone or in partnership with civil society organizations (CSOs) and the private sector, help to make cities and other human settlements more sustainable. It would set out whether cultural resources and assets are being safeguarded to attract people (inhabitants, workers, tourists, etc.), as well as financial investments.

What will that take? This indicator requires information from several different data sources to estimate total public and private expenditure, as well as population data. A data collection mechanism needs to be developed, and international definitions and concepts that support the harmonization of the data and indicators for cultural and natural heritage need to be defined according to the 2009 UNESCO Framework for Cultural Statistics. The measurement of private expenditure – which lags behind at the moment – requires far more micro-level financial data. It also requires a new survey that could, for example, collect financial information from a wide range of institutions, including foundations and other not-for-profits; corporate sponsorship and philanthropy; and private donations.

We must move fast

The aim is to move fast. With the UIS monitoring the new indicator, the intention is to build a global data collection within in the next two years that will inform strategy and next steps. Work is already underway, as shown by our recent report on trade flows, which charted a doubling of trade in cultural goods from 2004 to 2013, and the first global survey on cultural employment, the results of which were published earlier this month.

Throughout its history, UNESCO has argued that no development can be sustainable without including culture. Our work in this area over decades has included landmark conventions on cultural issues that remain relevant to this day for the pursuit of the SDGs. We were also instrumental in embedding culture in the SDGs, including the goals on quality education, sustainable cities, the environment, economic growth, sustainable consumption and production patterns, peaceful and inclusive societies, gender equality and food security. And we will continue to pursue support for the world’s rich cultural heritage, which represents our future, as well as our past.