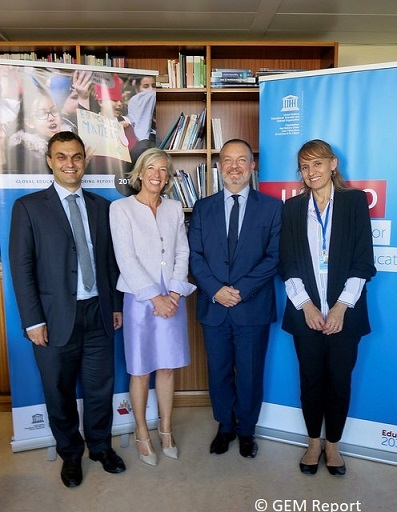 The UK is leading the call for 12 years of quality education for all girls and boys.  But is it possible to measure the quality of education for all children? Is it feasible to track progress? We think so, and I want to explain why and how the UK is supporting this work.

In September 2015 the international community agreed the  Sustainable Development Goal (SDG) 4 on education. This was more ambitious than previous global goals. The SDG4 included a explicit focus on not just whether all children were in school, but what they were learning; and not just whether they had the minimum of schooling, but whether they were learning from early childhood through to adulthood.

But how could we monitor this commitment? Another milestone came in April 2016 when the SDG4 indicators were agreed by the UN Statistical Commission. This included the first ever global indicator on learning (whether children are reaching minimum proficiency in reading and mathematics at key stages of school). Importantly this needed to be broken down by sex, geography and wealth and – when data became available – disability, indigenous peoples and conflict affected. 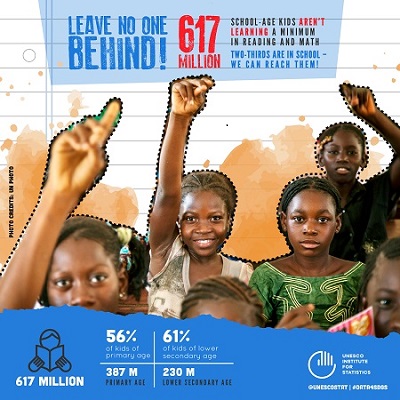 Then the real work began on how to collect meaningful data, including on learning outcomes and equity. The UNESCO Institute for Statistics (UIS) took up the challenge by establishing the Global Alliance to Monitor Learning (GAML), which brings together various partners to help tackle this. Significant progress has been made. The UIS is the go-to-source for SDG4 data, with time series for indicators covering access, completion, learning, equity, teachers and financing. Last year UIS produced their first global estimates of learning outcomes, showing that 617 million children (nearly 60%) were not achieving minimum proficiency levels in reading. The UIS now publishes key education indicators disaggregated by location and wealth, in addition to sex, and has developed a new Handbook on Measuring Equity in Education.

The Global Education Monitoring (GEM) Report has been actively involved throughout. This annual report has continued to be the main authority on progress towards education SDGs, improving its reach year on year. Downloads of the 2016 GEM Report were nearly double that of the 2013/14 report in the first six months. It has been instrumental in exploring and promoting new indicators. They were the first to publish a global estimate of children learning back in 2012, and their World Inequality Database on Education (WIDE) showed the power of disaggregated data (showing – for example – that only 2% of the poorest young women finish upper secondary school in low income countries). 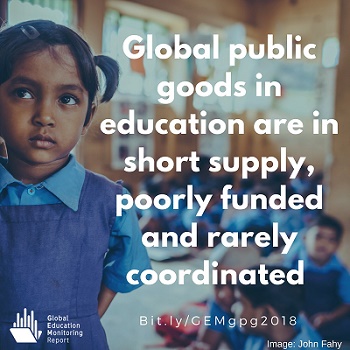 These achievements require commitment and resources. This is why, at UNGA this week the UK Secretary of State for International Development announced an additional £7.8 million of UK aid to continue our support to the UIS and GEM Report. This builds on our previous funding over 2014-2017.

This funding will generate data to help understand who is missing out on a quality education, where they are and who is making progress.  It will help UIS and its partners to develop more robust data on learning, which can provide comparisons across countries and over time. It will support new UIS data on learning in early grades: vital if we are to prevent the millions of children currently going through school unable to read or count. It will enable UIS and GEMR to improve data and analysis on those most at risk of missing out, such as children with disabilities or affected by conflict. Finally, our support will help establish the new flagship measure for education (the proportion of all children not learning the minimum) as a global advocacy measure to help galvanise commitment and sustain progress.

However, generating the data needed to fully monitor SDG4 requires action from the whole global community. It requires partners to fund global public goods related to data; to share data, technical expertise and methodologies; and to use data to improve education policies and programmes. Only together can we get the data needed to make our aspiration of 12 years of quality education for all children a reality.