We Are Ready to Start Monitoring Early-grade Learning

By Silvia Montoya, Director of the UNESCO Institute for Statistics (UIS)
This blog was also published by the Global Education Monitoring Report

Young learners have moved up the data agenda for Sustainable Development Goal 4! The UNESCO Institute for Statistics (UIS) and its partners have been pushing to upgrade SDG 4 Indicator 4.1.1a on measuring learning outcomes in Grades 2 and 3, and earlier this week we heard that our efforts have been successful. 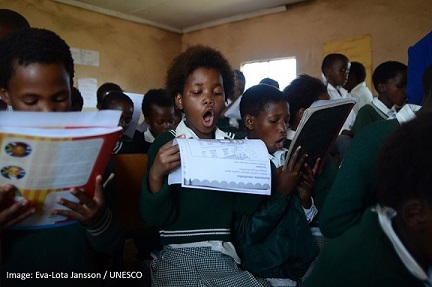 Formerly a Tier 3 indicator in the official classification – meaning that no methodology was in place to produce the necessary data – the IAEG-SDGs meeting in Stockholm examined our bid to upgrade this to a Tier 2 level, in other words a conceptually clear indicator with an established reporting methodology. I’m glad to say that our bid was endorsed, meaning that the first steps have been taken to measure the reading and mathematics skills that kick-start lifelong learning.

This welcome news could not be more timely. With Tier 3 indicators at risk of being  dropped from the education agenda in 2019, when all indicators are due for review, there was a danger that this critical learning stage might fall through the cracks. Without their own indicator, younger children would not get the same attention as those in higher grades, making it much harder to track progress and intervene at an early stage to support children who are struggling. Learning gaps are harder to close later on, not only for individual children, but also for entire countries that find it difficult to make up the lost ground.

As I noted in a blog last month, we have had to tackle some major obstacles on the road to this upgrade. One has been to define a standard of minimum proficiency for early childhood learning that is widely applicable across countries. To find a way through, the UIS brought together representatives of just about every cross-national and regional assessment initiative and brokered an agreement on a proposed set of definitions of the skills and performance levels that all children should acquire (Table 1).

Another obstacle was the concern of a few, mainly richer countries, that measuring the learning outcomes of young children could lead to a widespread testing culture with negative consequences for the development of children and education systems. It is to the credit of these member states that they set aside such legitimate concerns to look at the big picture. In other words, that a measure of early grade learning is needed to maintain focus on how to reduce the appallingly large number of children in the world’s poorest countries who learn almost nothing after several years in school. In the words of the UN Special Envoy for global education, the ‘civil rights struggle of our generation’. 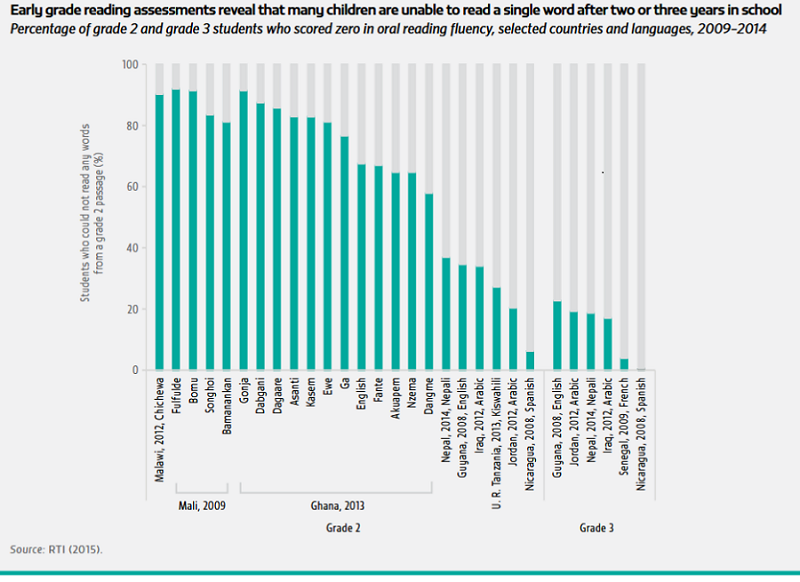 The view from the field

Stakeholders across the education community have also played a pivotal role in the push for the upgrade. Ever since the SDGs were adopted in 2015, Pauline Rose of the University of Cambridge has argued that, to meet the ambitious goals for education, we must monitor children’s learning from the early grades of schooling.

Harry Patrinos of the World Bank has recently stressed the importance of ensuring that the first few years of schooling result in learning, as measured by a child’s ability to read and to comprehend what she reads. This signals access to the curriculum and is, therefore, a good indicator of whether an education system is doing its job. As he notes, reading makes them independent learners for life, reduces the cost of schooling, and raises the efficiency of public spending.

Other experts have provided practical examples of what works, with Rukmini Banerji of Pratham describing the life-changing impact of early grade assessments from the viewpoint of Meera, a student in Rajasthan, who had been in school for years but was learning very little – a fact that only came to light when her school took part in an assessment for Pratham’s Read India programme. Thanks to intensive work to help her catch up, she is now in the 10th grade and has high hopes of becoming a teacher.

Hilaire Hounkpodote, coordinator of the PASEC regional assessment for West and Central Africa, describes how PASEC captures reading and mathematics at Grade 2 in a regionally comparable way, and how this contributes to SDG monitoring.

Demonstrating how valuable data can come from relatively new sources, Hannah-May Wilson of the PAL Network has described the citizen-led assessment approach, which provides data on early reading and mathematics in countries where governments do not produce national learning data.

The decision taken in Stockholm represents a vote of confidence in the work of all of these experts and of the UIS as a convenor that builds consensus and as a technical leader with methodological expertise. The tools developed by the UIS are already in place to monitor SDG Indicator 4.1.1. We now have the green light, and we are ready to start.