According to a new UIS paper, the number of feature films released around the world hit a record high of 7,610 in 2013, with India accounting for more than one-fifth of total production. 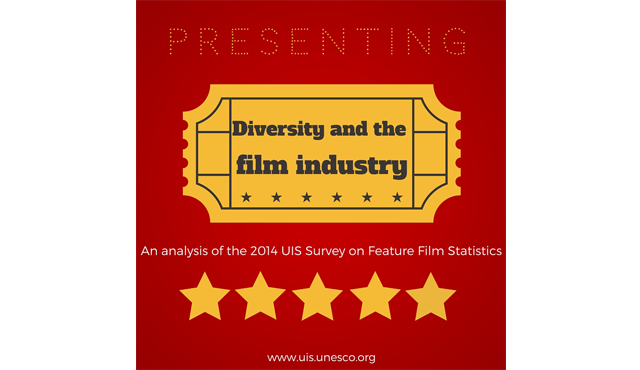 After India, the United States was the second top producer, with a total of 738 feature films, followed by China (638 films), Japan (591 films) and France (270 films). It is important to note that Nigeria is not included in the analysis because most "Nollywood" feature films are produced in video format.

Globally, about 75% of the feature films produced in 2013 were categorised as fiction, while documentaries accounted for about 23%, followed by animation.

According to UIS data, box office receipts grew by almost 5% between 2012 and 2013, reaching a total of US$26.9 billion for the top ten film markets: the United States/Canada, China, Japan, the United Kingdom, France, India, the Republic of Korea, the Russian Federation, Germany and Australia. These countries accounted for 75% of global box office receipts.

The greatest growth has been in China, where revenues exceeded US$3.6 billion in 2013, compared to US$244 million in 2005. In the near future, it will probably overtake the United States, where box office sales have barely changed in recent years.

The average ticket price for cinemas was US$7.10 in 2013, although this varies considerable across countries. In Senegal, people pay an average of US$0.56 compared to US$17.48 in Bahrain.

India had the largest number of people going to the cinema. With an average ticket price of US$0.81, India had more cinema-goers than the United States, China and Japan combined.

UIS data also show that 80% of the top ten most popular movies in 2013 were either sequels or franchises. The top three were: Despicable Me 2, Iron Man 3 and The Hobbit: The Desolation of Smaug.